Posted by Admin on 10/29/2015
Share |
I ran across a safety blog article discussing a very interesting article and video produced by Mike Rowe entitled "Safety First or Just in the Top Three?"

I think the Mike Rowe brings up some interesting points. I struggled to find Rowe's original article, but discovered the people running his website simply deleted the content. It appears they revamped his website to look more slick and polished. Unfortunately, in the process they deleted a very thought-provoking article. I am posting a link to the video segment and also reprinting Rowe's article in its entirety found in a cached version of the web page:

My husband works on the oilrigs as a well tester. We watched you folks do so without any eye protection! Are you crazy? Drilling a hole with no protective eyewear? Between him, a well tester, and me, a workers’ compensation lawyer, we’re cringing! Somebody could LOSE AN EYE! Seriously – Safety First, fellas! I would expect better from the Discovery Channel!! — suzemommy
I sincerely appreciate your concern for me, and agree that stupidity plays an ongoing role in my professional and personal life. But believe me, I have no wish to be injured on the job.

However, it is not the objective of Dirty Jobs to conform to any particular set of safety standards, other than those dictated by the people for whom I happen to be working at the time. I take my cues from them, and I assume whatever risk they assume, for the most part. In the end, we hope to capture an honest look at what life is like for the workers in a particular venue. We do not aspire to set an example, or be a poster child for OSHA or any particular industry. I realize that may sound controversial, but it’s the truth, and not nearly as inflammatory as what I’m going to say next.

Of all the platitudes automatically embraced in the workplace – and there are many – there is none more pervasive, erroneous, overused, and dangerous, than “Safety First!” in my opinion.

I have heard this slogan countless times. I have seen it emblazoned on banners, T-shirts and hats. I have sat through mandatory briefings and slideshows and presentations designed to “protect me from the hazards at hand.” And I have listened as safety officers and foreman have run down list after list of OSHA requirements, all apparently construed to remind me that nothing is more important to the employer than my own well-being. What a load of unmitigated nonsense.

In the jobs I have seen thus far, I can tell you with certainty, that safety, while always a major consideration, is never the priority.

Never.
Never, ever.
Not even once.

Is it important? Of course. But is it more important than getting the job done? No. Not even close. Making money is more important than safety – always – and it’s very dangerous in my opinion to ignore that. When we start to believe that someone else is more concerned about our own safety than we are, we become complacent, and then, we get careless. When a business tells you that they are more concerned with your safety than anything else, beware. They are not being honest. They are hedging their own bets, and following the advice of lawyers hired to protect them from lawsuits arising from accidents.

I know that sounds glib, and I know that many will wish to scold me for appearing cavalier. But really, I’m not. In a car, I wear a safety belt. On a motorcycle, I wear a helmet. Not because it’s the law, but because it seems a reasonable precaution. And ultimately, the only one responsible for my own safety is me. (Besides, if the government were really concerned with my safety above all else, wouldn’t they drop the legal speed limit to 30 miles an hour and make cars out of rubber?)

Again, you’re right – I probably should have been wearing safety glasses, not because safety is first, but because I like to hedge my bets.

We can always be safer. We can always assume less risk. But if safety were really first, I wouldn’t travel at all, or engage in any activity that required me to assume any risk. And I certainly wouldn’t be hosting Dirty Jobs. 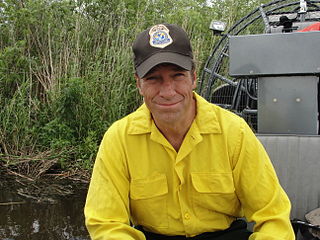 You can no longer see the replies to Rowe's original article so I am posting a brief selection of some of comments Rowe received on his web page:

Do you agree with Mike Rowe’s attitude on workplace safety? What responsibility does a company have toward the safety of their workers? Is it, as Rowe says, mostly up to workers to keep themselves safe?

Let us know what you think in the comments below.