There was a heartbreaking story in the news today. A 4-year-old girl was shot and killed Tuesday afternoon during a road rage incident on Interstate 40, and police have no idea who the killer is.There is no way to "win" a traffic confrontation. There is only a range of greater or lesser negative consequences. We don’t have all the facts in yet, and it may very well be there was nothing the parents of that 4-year old girl could have done to prevent this situation. However, the best way to avoid situations like this is to attempt to deescalate the situation. Remember: the person you’re fighting with has just demonstrated an inability to control their emotions; and people like this are more inclined to physical violence. So what if you “win” the fight? The police aren’t going to care who “started” it, and you could possibly end up in jail yourself with nothing to show for it except thousands of dollars in fines and penalties. And in the worst case…somebody could end up dead.

It's interesting to note that the news articles reveal that the two cars kept trying to cut each other off. Also, take note of this quote from the 2nd article: Officer Simon Drobik said the best approach in a road rage situation is to avoid engaging with a problem driver, take down the license plate number of the other vehicle, and call police. "It takes two people," Drobik said of road rage. "You have to let it go."

I think this is pretty sensible advice. There are times in life when you'll run into bad people. There are times in life where you have to do something to defend yourself against bad people. However, on the road most of the time the most prudent action is to avoid confrontation and attempt to deescalate the problem. It's your responsibility to avoid increasing the risk of danger to yourself, the people in your car, and the other cars on the road around you. 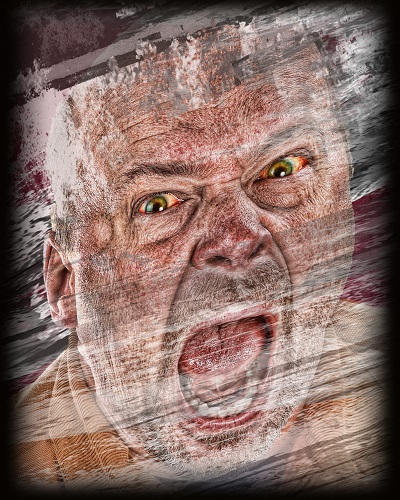 What is Road Rage?

Road rage is aggressive or angry behavior by a driver of an automobile or other road vehicle. Such behavior might include rude gestures, verbal insults, deliberately driving in an unsafe or threatening manner, or making threats. Road rage can lead to altercations, assaults, and collisions that result in injuries and even deaths. It can be thought of as an extreme case of aggressive driving. The term originated in the United States in 1987–1988 (specifically, from Newscasters at KTLA, a television station in Los Angeles, California), when a rash of freeway shootings occurred on the Interstate 405, 110, and 10 freeways in Los Angeles. These shooting sprees even spawned a response from the AAA Motor Club to its members on how to respond to drivers with road rage or aggressive maneuvers and gestures.

How to Prevent Road Rage?

Recognizing and controlling aggressive thoughts, feelings, and actions are key. Cultivating compassion may also help. In a recent study, 312 of the 400 men in a court-ordered domestic abuse program had prior convictions for aggressive driving. A year after taking compassion classes, only seven had received additional convictions.


Classes designed to help curb aggressive driving often have participants tape-record themselves while driving. Hearing themselves swear or rant on tape is enough of a wake-up call for them to recognize and reduce dangerous behavior. So try analyzing your driving. Do any of the following statements sound like you?

Simple courtesies, like allowing someone to merge or apologizing when we make a mistake, can go a long way in making the driving experience positive for ourselves and others. His basic motto is the old "do unto others" rule: Treat fellow drivers how you would like to be treated.

Don't do unto others:

So the crazy-driver pursuit is unlikely to occur, but remonstrating with another driver can not only prove dangerous to your health and well-being -- remember you may be inflaming a road-rage situation -- but perhaps more crucially, it distracts a driver for a split second or longer. The entire event could adversely affect their driving for the rest of the day.

Stay out of the way:

Give aggressive drivers plenty of room to get around you. If another driver is endangering you or his actions are threatening to cause a smash, the best tactic is avoidance, usually by slowing down (with one caveat: always check mirrors before hitting the brakes). One thing to remember is that there is a diversity of drivers on the road. They have different goals for being there -- some are in a hurry to get somewhere, others are just looking around or don't know where they are going exactly and have plenty of time. Others are challenged by sickness, age, drugs, anger, depression, etc. So the best defensive driving advice is to give them more latitude.

Be a smart driver, a peaceful driver, and be safe and calm that way. If somebody wants to turn into your lane, don't speed up to prevent them from being "1st", let them through. What's another 5 seconds to you? You have an entire Universe that's more important than this moment.
Previous Post
Next Post